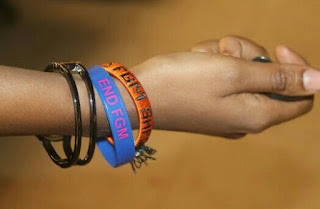 With statistics showing that 6000 girls in Africa are mutilated daily, 200 million women living with the effects of Female Genital Mutilation and Child Marriage (FGM/C) and 30 million girls at risk over the next decades, African women take the lead to end these harmful aged practices in the continent through the strategic launch of the Big Sister Movement.

The BIG SISTER MOVEMENT (BSM) is the largest grassroots coalition of Local Non-Governmental Organisations (NGOs) led by women survivors of FGM/C’s from The Gambia, Sierra Leone, Nigeria, Kenya and Somalia. It aims to give back the testimonies and scope of actions to survivors, to enable them to tell their own stories, advocate and find grassroots solutions to the issue of FGM/C in Africa.


According to a Founding Coalition Member & 2018 Nobel Peace Prize Nominee, Jaha Dukureh, for too long, international organisations have been leading the campaign in Africa, implementing programmes together with local activists in the communities. “The time has come for Africans across the continent and the world to be at the forefront of the campaign to end female genital mutilation and early child marriage in Africa by 2030”.

Speaking at the conference held at Dakar Senegal on March 8, a BSM Coalition member, Augustine Abu, expressed that African women tended to be perceived as women who need to be saved. Adding, he said they were never considered as the actual saviours. Hemce, this is what the Big Sister Movement is about. “This is the reason for us choosing the International Women’s day to launch our movement, precisely to empower this vision”.

Continuing, he said in Africa 6000 girls are mutilated everyday, 200 million women live with the effects of FGM/C, and 30 million girls are still at risk over the next decades. “The Big Sister Movement is connected by the common goal to ban FGM/C in Africa and to ensure that the ban is implemented across all AU Member Countries where the practice is still dominant through the strategic training and empowerment of grassroots leaders and campaigners. #BANFGM2030.”